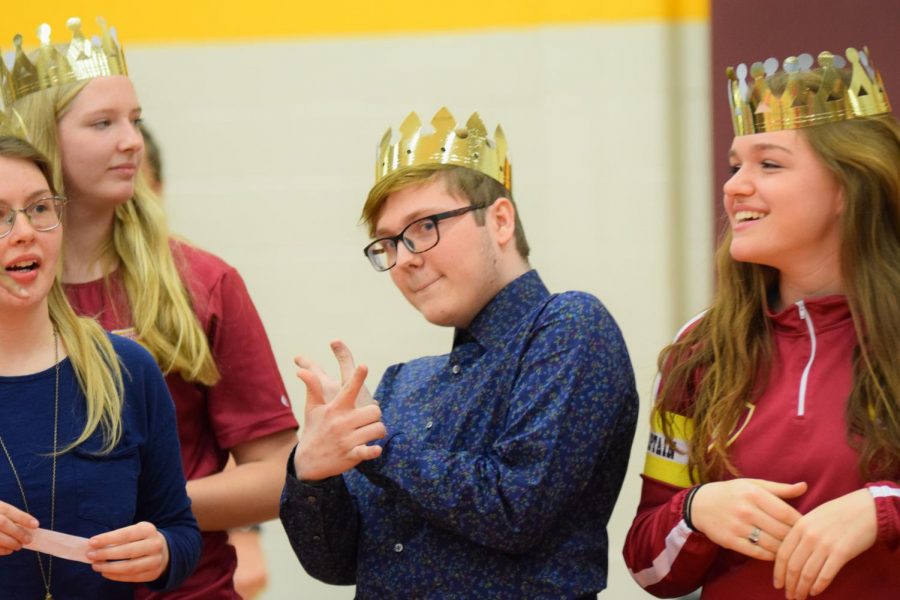 Best part is even just being up and having people think I’m qualified enough to even do it. Worst part is being up against so many other people who deserve it probably a lot more than I do.”

“Currently I am just involved in orchestra, nothing else. But I love orchestra. I’ve done it for seven years and hopefully, I can continue into college. I currently play viola.”

“I plan to go to MCC to just get my ‘gen eds’ out of the way. And then hopefully go to Missouri State to pursue my career in fashion design.”

“My advice would be probably to not procrastinate, that’s what I did for four years and I was struggling to get things in towards the end. Go to your class, stay in the class, pay attention and just get your homework done and turned in.”

“The most important thing I learned is make friends everywhere you can because they are the people who have kept me sane the four years I’ve been here.”

“It’s scary. I’ve cried countless times thinking about it. It’s really bittersweet to think about it because I’m so happy I get to graduate with my class and I’m not held back or anything. It’s sad because the thought of leaving all the friends I’ve made here over the four years is heartbreaking.”

“The one thing I would change in high school is freshman year I was like a shellfish. I didn’t talk to a lot of people so, freshman year I would have really liked to come out of my box a lot more, make a lot more friends than I have now. Also, get started on my A-Plus hours because those are hard to get in.”