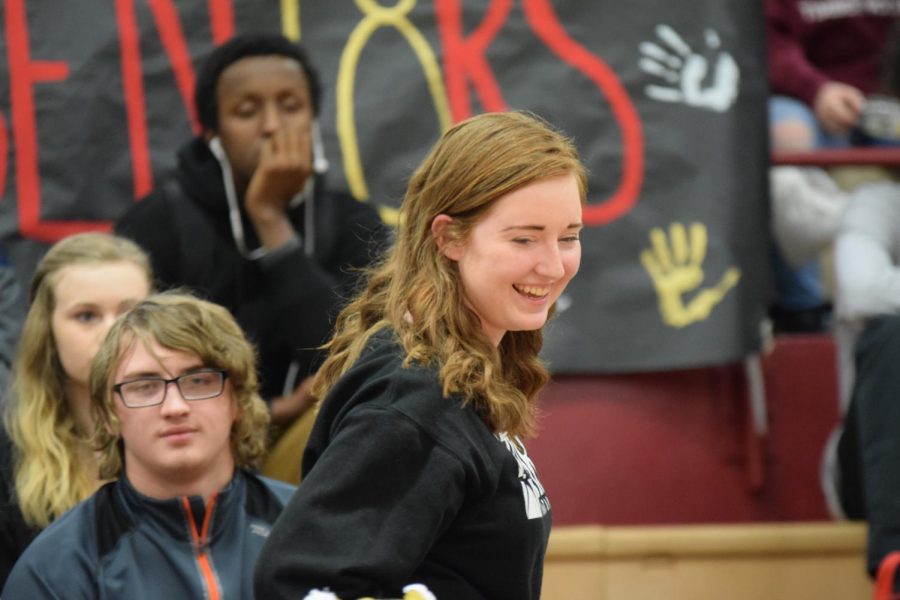 “I don’t know really. I try to be nice to everyone and I try to branch out for knowing a lot of people so that’s probably why.”

“It’s a huge honor just to be nominated. I just feel so honored but it’s really cool that people thought of me to nominate me and I’m really excited about it.”

“That I get to wear a tiara, but my least favorite part is that it’s not as hyped as homecoming is for candidates. I wish it was and wish we got an assembly and different things.”

“I’m involved FCCLA, throughout my high school years I’ve been involved in sports, such as cheerleading, dive, swimming different things. I am involved in guitar club and that’s pretty much it.”

“My advice to underclassmen…that’s difficult. I know it’s pretty cliche, everyone says this, don’t procrastinate. I’m even procrastinating right now and that’s the biggest thing but also just take care of yourself.

“That friendships change and people change and that’s okay. It’s a part of life and it’s never going to stop happening and it’s sometimes a good thing.”

“I don’t know. I’m just honored to be nominated. It’s really cool, it’s exciting and all the other candidates I’m nominated against are pretty cool people too, so yeah.”