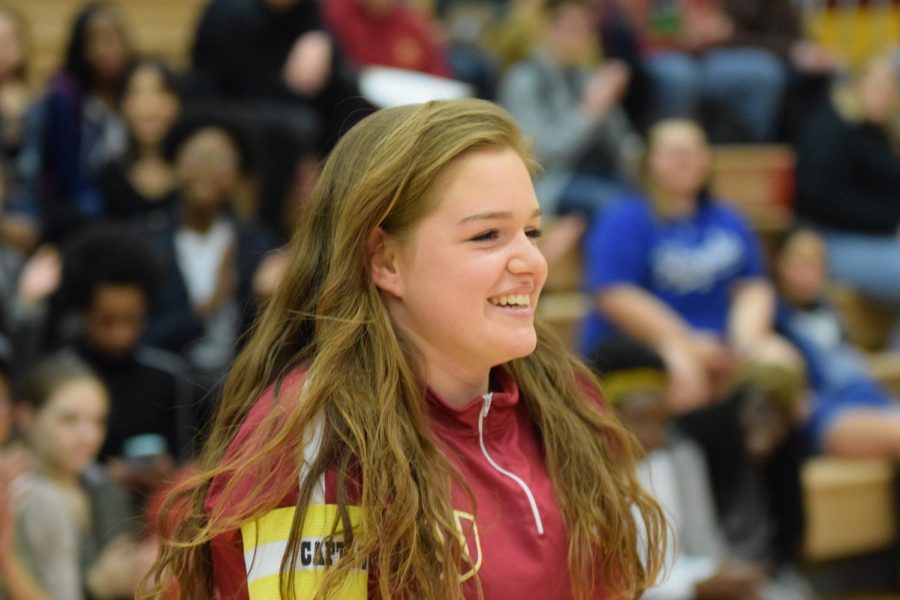 “Because I was involved in so many activities and sports everyone just started to get to know me better than before.”

“It isn’t really a big deal, just the thought that everyone thought of me surprised me.”

“ Least favorite is that there isn’t really much to do to prepare. Favorite part is going to get a dress and that we have more time to focus on school while it’s busy.”

“I’m involved in student council, captain of the soccer team, Gold Medallion, debate team and others.”

“Got accepted into UMKC in a six-year program for medical school.”

“Underclassmen get involved. Don’t hold back. It makes school a lot harder because you don’t really get to make new friends.”

“Appreciate what you have while you have it because you never know what could happen.”

“Thank you Tonka for making me into the person I am, and not giving up on me.”

“I still don’t feel like a senior. It’s crazy knowing it is that soon.”

“Avoid the petty drama. It’s not worth it.”