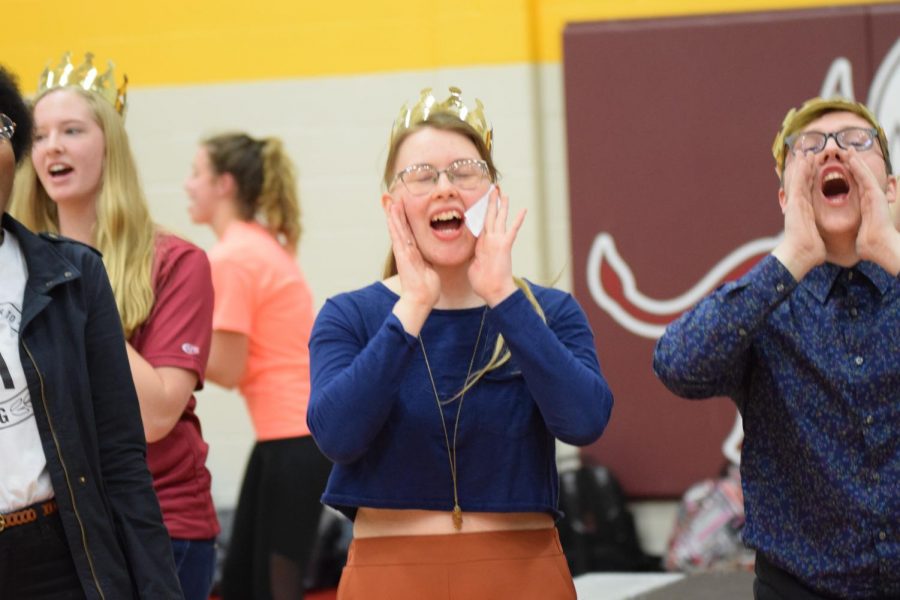 “Well, it all began… Nah, I think that as renowned goes in this school I have made some kind of a name in this school by being involved. I help a lot of teachers and probably I was number 26 and a teacher vote bumped me up a vote.”

“Not very much. It just means somebody who gets to wear a crown. I’m sorry I don’t hold a lot of station titles and especially high school titles which is why I never ran for anything. I mean but there is some cultural phenomenon about prom queens. It’s like every high school movie is about it. Every high school TV show is about it. It’s sort of this celebrity worship. You know everyone wants to be prom queen deep in their heart of hearts, even me. You can’t really say that the title means nothing.”

“My favorite part of being nominated is all the press obviously. It’s just like all of my friends were nominated for prom court so it’s just kind of like ‘ah, yes it is finally my turn.’ My least favorite part is how they’re not giving us free prom tickets.”

“I will be attending the University of Carolina School of the Arts and I will be studying light design.”

“Get involved. If you are involved and you are at school the whole thing becomes so much more bearable, becomes more worth your time, than if you’re just like there to do work essentially and mind your own business.”

“The most important thing I’ve learned in high school is the mitochondria is the powerhouse of the cell. [laughs]  I learned to trust in myself. I learned to jump through hoops. I learned that sometimes in life we have things that we don’t want to do but have to do anyway to succeed.”

“I wouldn’t change anything you know you learn from your past mistakes.”