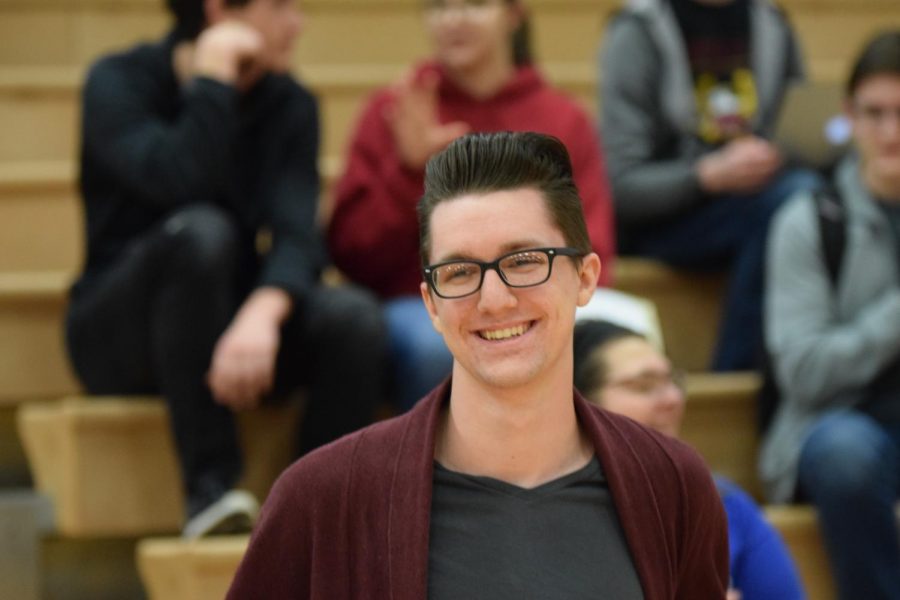 “Depending on if it’s the staff that nominates the next 20 people, only thing I could think of is because I’m heavily involved in the theatre department. Like all I do is theatre. Any show they do, I’m there.”

2. What does the title of prom king/queen mean to you?

“I guess recognition. If I was to win prom king then it would show my efforts around the school don’t go unnoticed.”

3. What is your favorite and least favorite part of being nominated?

“My favorite part is just the fact that I was nominated. Lots of people want to be nominated, it’s just a blessing that I was. The worst part is when you are nominated but your significant other isn’t nominated.”

4. What are you involved in?

“Just theatre and choir and I’m starting to do some freelance filmmaking stuff. In a couple of months, I plan to make my first short film.”

5. What are your plans after high school?

“After high school, I plan to go to Columbia Chicago to study filmmaking.”

6. What is your advice to underclassmen?

7. What has been the most important thing you’ve learned in high school?

“I guess it’s really personal for me. It showed what I want to do with my life. My freshman year I wasn’t doing anything. Just hanging out with the wrong people doing stupid stuff.”

“Vote for whoever you think deserves it.”

9. What is it like to know you’re graduating in less than 20 school days?

“I am so excited! OMG get me out of here. I’m so ready to start my life doing something real for a change.”

10. If you could change one thing that you’ve done in high school, what would it be?