The Fight for Freedom: The Kurdish Struggle for Independence 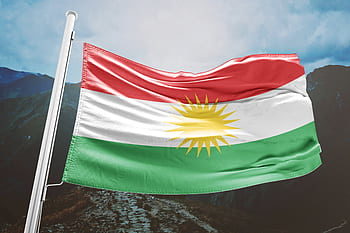 The existence of Kurdistan, the existence of a Kurdish people, of a culture, a language has been debated throughout history, not with the pen but the sword. Kurdistan is a geo-political term which regards where ethnic Kurds live. Kurdistan lies within the confines of Iraq, Iran, Syria, and Turkey. Kurds are the largest ethnic group in the world without an independent homeland, standing at over 40 million strong. 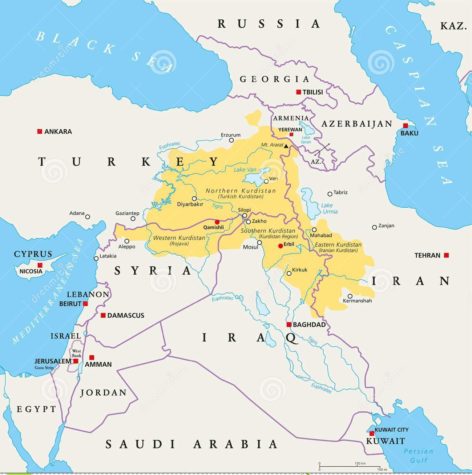 As a Kurd born in the semi-autonomous region of ‘Iraqi Kurdistan” or Southern Kurdistan, having grown up with the stories of my ancestors struggle for independence and liberty for my people from our oppressors. Growing up with the stories of genocide, of how, only 30 years ago the Al-Anfal, a genocide against the Kurdish people under the direction of Saddam Hussein, then dictator of Iraq, led to the death of so many of my family. Of my people.

In Turkey, the word “Kurd” is outlawed, the existence of a Kurdish people, of Kurdistan is denied. The Kurdish language, our traditions, our culture are all banned and those that speak out are silenced. Having lived in Turkey, I can attest firsthand to the racism the Kurdish people face. Amed, which has been renamed Diyarbakir by Turks, is the largest Kurdish city in the world, with a population of 1.8 million, yet it’s inhabitants are barred from speaking their mother tongue.

In Turkey, the main opposition to oppression is the PKK, or the Kurdistan Worker’s Party. The PKK is a militant political organization which uses guerilla tactics to fight the Turkish regime. The PKK’s philosophy lies with its founder, Abdullah Ocalan, or more affectionately nicknamed Apo, who is a Kurdish philosopher and political activist. Their beliefs, though starting as Marxist-Leninist changed, with Apo’s own philosophy into roughly the framework of anarcho-socialist philosophy, taking much inspiration from Murray Bookchin, an American socialist theorist.

In Rojava, meaning “sunset” or “west”, which refers to the part of Kurdistan that lies within Syria, Kurds are barred from receiving Syrian citizenship. Until the Syrian Civil, which allowed for the rise of the YPG, a leftist political group with a very similar ideology as the PKK. The YPG has been able to wrestle control for Rojava. Though, since the American withdrawal of forces from Syria, the Kurdish people have had to suffer through an attempted genocide by Turkish forces invading Rojava. The Turkish forces have labeled themselves as “peacekeepers” yet are indiscriminately those protecting their homeland and slaughtering innocent men, women, and children.

Disregarding the racist and hateful beliefs of those who deny our existence, a core counterargument against Kurdish Independence is the nationalism that fuels it, which some belief, post-independence will lead to a racist Kurdish ethnic-state.

Nationalism, in this instance, is meant as a desire for a nation-state. Though nationalism can often lead to hateful ideology, this is mainly in places with an already established nation-state. With regard to Kurds, who have no independent homeland, nationalism is a necessity to facilitate independence. When an ethnicity is under threat of assimilation and is in constant conflict and oppression of those who control them and their homeland, nationalism is going to occur. When your neighbor destroys your house you will fight back