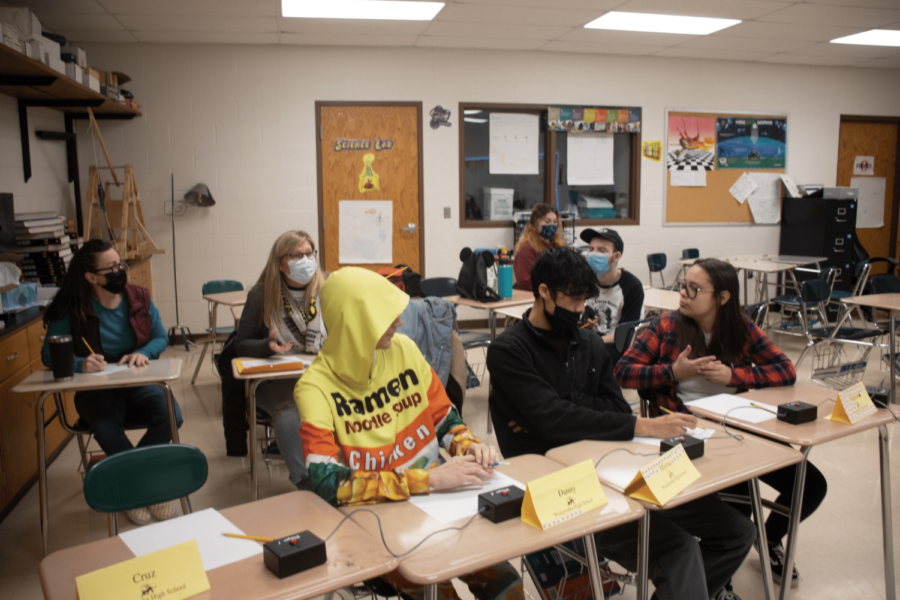 Scholar bowl is a competitive game where two teams of four go head-to-head, answering multidisciplinary trivia questions. During their recent games, however, the scholar bowl team has faced an issue with filling team slots so that they could compete in the first place.

“There’s like eight of us and although that just enough to fill up two teams, it isn’t an even split between varsity and JV. Once the seniors are gone, it’ll only be like four or five players left. [Scholar Bowl] is going to get smaller and smaller every year unless people join,” senior Mirrac Roeum said.

Roeum believes that the small number of students is attributed to a primarily virtual year.

“I think we were just missing more on like, a strive for academic pursuit and knowledge overall. This is like what I’ve noticed as a senior; they had to implement the 20-20 rule because kids don’t like to be in the class. That’s because they’re bored with everything. This mindset would carry over into other extracurriculars as well, like when I was a senior for swim trying to get new recruits, people were so reluctant to try something new.”

Another member feels that the small quantity of members does not properly represent the quality experiences offered by being a part of the team.

“Students are really missing out by not joining a team like this,” senior varsity captain Madison Maucelli said. “But because of the how few of us there are, we usually feel too drained to bond well. We still find ways to have fun, This one time, we hit a bump while [Cruz] was in the middle of a sentence and he screamed so loud; but he continued talking.”

Due to the team’s small size, the budget available for the team reached an all-time low.

“We need to talk about the budget that we have this year. It is not cash money. I have no [documentation] but it’s like $20 per student. All the snacks we have in our cabinet are supposed to rationed for the entire year.” Roeum said.

The latest team member has given Scholar Bowl a chance this year and believes that there are many incentives to join Scholar Bowl this upcoming year.

“Despite the name, scholar bowl is open to anyone. You don’t have to be insanely smart, just knowing something about anything is enough. [The sport] is a really good opportunity to try something that’s out of the ordinary,” freshman JV player Dominic Gonzalez said.