Homecoming to be hosted on Winnetonka territory for the first time 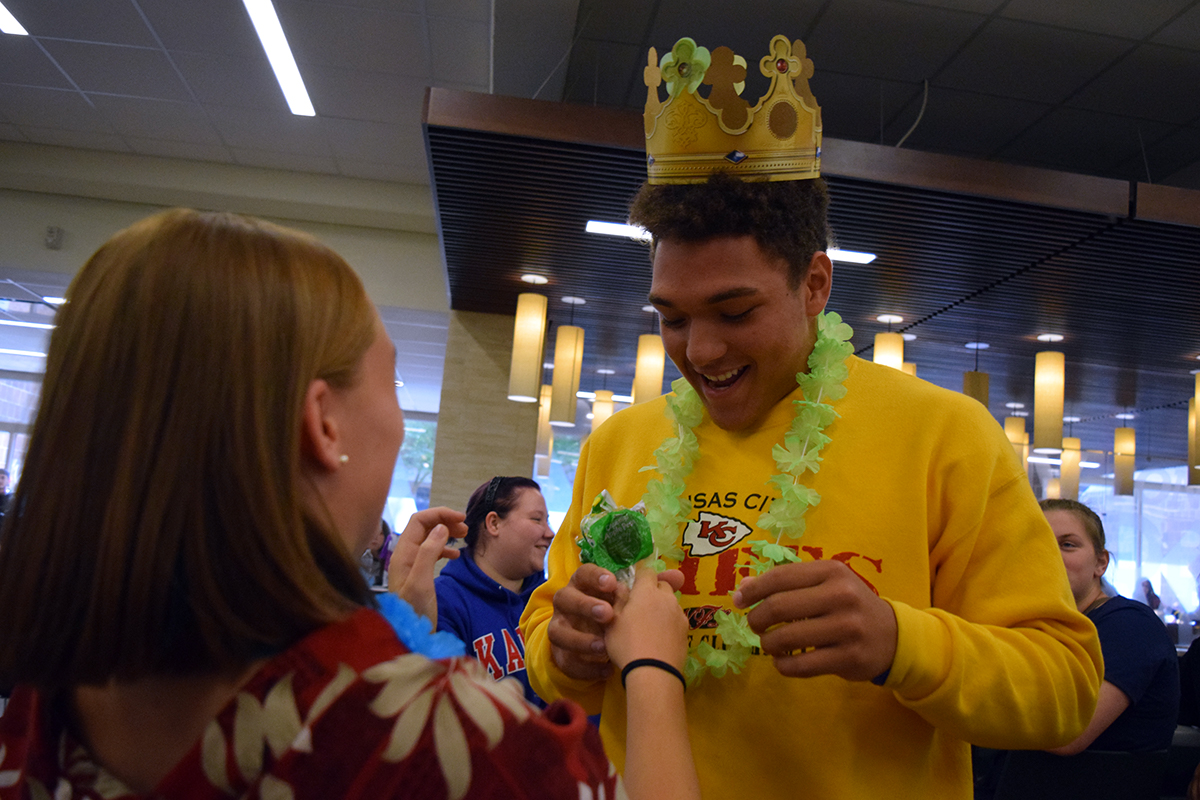 Senior Michael Small receives suckers from junior Makenzie Jackson as he is crowned a homecoming candidate.

For the first time in Winnetonka history, the homecoming football game and parade will be held on Tonka Territory after stadium lights were put up on the football field on July 16. The homecoming assembly, game, parade and tailgate will be held on Sept. 29, which is the last day of spirit week and is themed as ‘tacky tourist’ day.

The parade route will go from the student parking lot of Winnetonka to two of the feeder schools – Maple Park Middle School and Maple Wood Elementary School – before coming back to Winnetonka.

After the parade, the tailgate will occur at the south end of the student parking lot from 4 to 6 p.m. During the tailgate, the candidate dance and candidate games will occur in place of a pep assembly. There will also be food, a performance by the PRIDE marching band and tailgate games.

The Winnetonka varsity football team will play against Grandview at 7 p.m. Regular priced admission is $8 for adults, but any adult who brings a toy for Key Club’s toy drive for Children’s Mercy Hospital will receive the student admission price of $3. During half-time, the Alumni Hall of Fame members will be introduced and the homecoming prince, princess, king and queen will be crowned.

After the game, the PRIDE marching band will play for the fifth quarter to end the first ever Friday night under the lights.