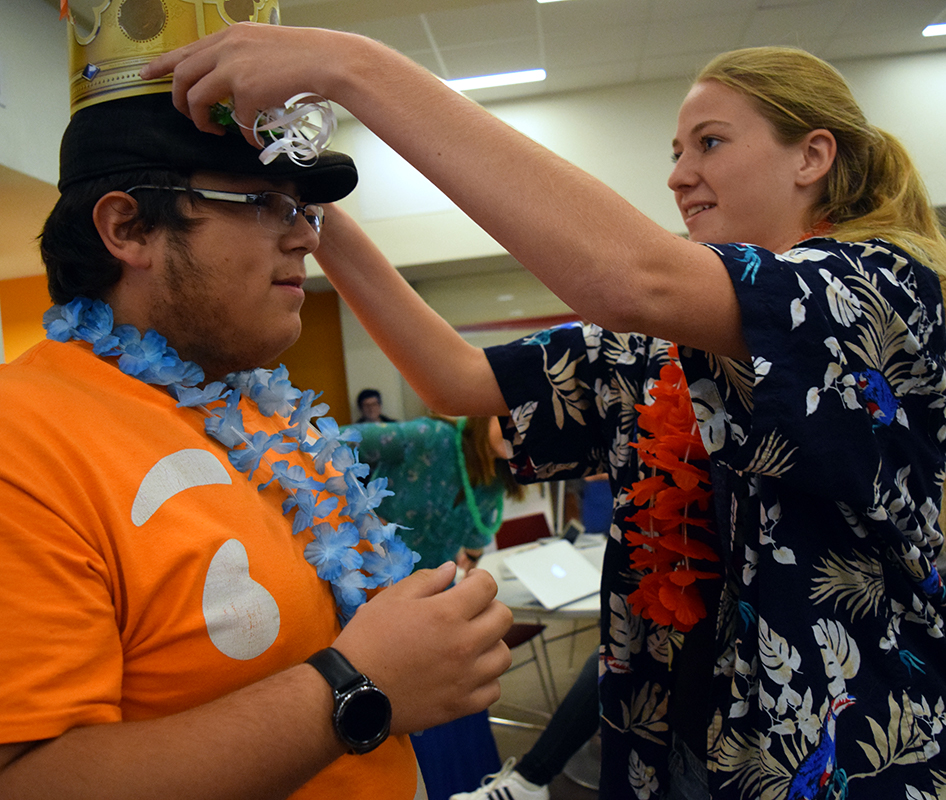 A: “Band and Scholar Bowl. I would have to say that’s it.”

A: “I had a lot of people telling me about it saying, ‘Oh I voted for you,’ and I’d say, ‘That’s pretty cool, thank you.’ You just don’t expect it to happen. You hear a lot of people saying it but it just didn’t seem like one of those things that was happening.”

A: “Let’s cross that bridge when we get there. That’s actually my philosophy. It sounds like I was trying to avoid that question but that is my life philosophy.”

A: “The power to make it snow because we all need a snow day every once in awhile.”

A: “Be careful not to choke on your aspirations.”