Coming back with a bang 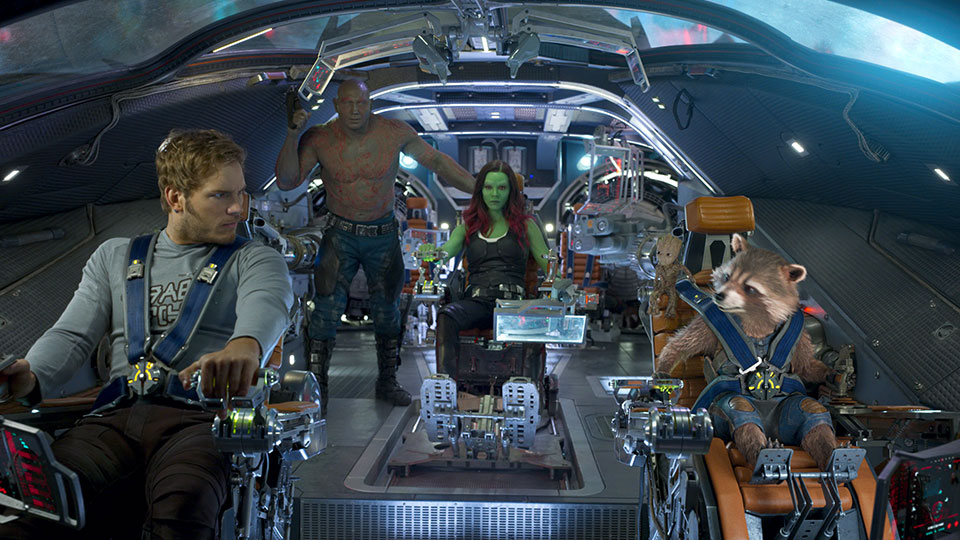 Actor Chris Pratt, who plays the character Peter Quill, controls his ship with fellow characters in the new Guardians of the Galaxy Vol. 2 movie. Photo source: Marvel, https://news.marvel.com/movies/64655/marvel-studios-guardians-galaxy-vol-2-takes-1-box-office/, May 16, 2017

The newest film in the Guardians of the Galaxy series, “Guardians of the Galaxy Vol. 2,” brings forth a thrill for movie viewers. The action-packed debut, released throughout theaters on May 5, expanded on the ending of the first movie while still including a fresh storyline and new features, making it hard for viewers to turn their eyes away.

The film, which continued from where Vol. 1 left off, presented answers to the questions viewers asked back in 2015. Some viewers were confused on whether the main characters would stay together after the ending of the last film, but thankfully the story is still going strong.

The scenery and screen-play additions are creatively some of the best cinematography that can be done today. The movie’s scenes left viewers awestruck due to their many colors and changing effects. The scenery shown is linked to the changing emotions of the characters throughout the movie, ranging from chase scenes to scenes of defeat.

Though the film is sure to break the records of the first movie, some things could have been improved. Some scenes of CGI [computer-generated imagery] should have looked more realistic, with more movement needed in the flight scenes. However, the film was projected beautifully overall and should be known for it’s great visuals, such as the captivating portrayal of planets and the ever changing appearance of characters.

Guardians of the Galaxy Vol. 2 showed a greater expanse of comedy than the first movie, portraying more humor that connected to characters individually. The movie also contained more substance on the character development and plot of the story.

Most fans from the Marvel franchise are able to connect the characters displayed on the screen to those from the comics. Fans saw their favorite characters from the original comic books personified on screen through fantastic acting, but true comic books fans will notice the differences in the story on screen from the story on paper. The characters were much more developed and held more unique traits than the first movie due to excellent writing from the screen writers. For example, the character Rocket, played by Bradley Cooper, changed from a violent character [in the first film] to a more emotional character.

Overall the movie is a great experience. It brought a whole new A-game to the world of films. “Guardians of the Galaxy Vol. 2” deserves an A-.