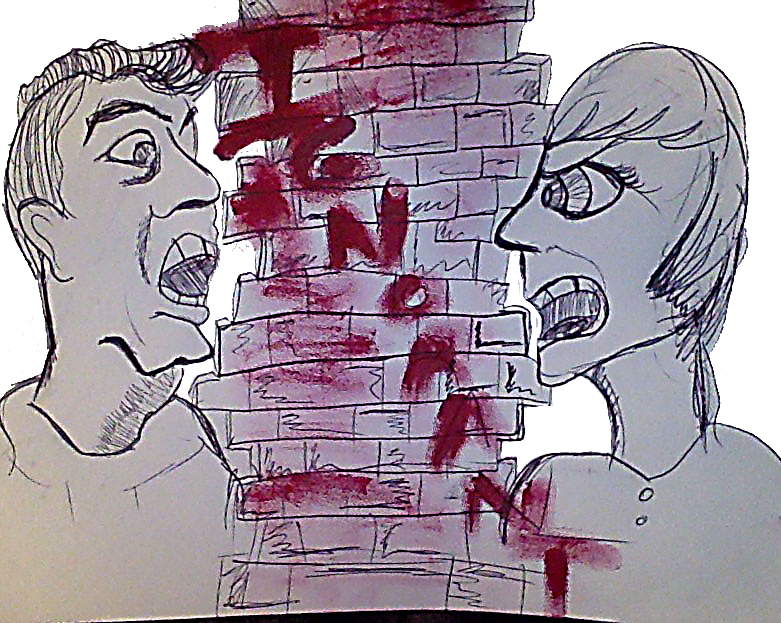 The American people need to stop seeing people as the candidate they voted for and stop acting like a nation of angry citizens talking to brick walls.

It is no question that politics tend to split people apart, but this particular election season left the American population completely split with hate, each side choosing to disregard and ignore the other side.

Those who land in the mid-ranges of the political spectrum are being pressured to pick one side or the other based on biased views arising from family, friends, news and social media.

Currently, depending on the news station, extreme protests or anti-protests are being aired. Instead of seeing prayer circles and often silent and organized rallies, the average American watching televised news will only be exposed to the rather violent and hateful approaches extremists on both sides have taken.

There are voices who claim the reason media only covers violent protests is because they are newsworthy and the peaceful protests simply are not. While it is important to warn and inform the public of dangerous events, this faulty logic only shuts the doors of open minds.

People who only allow themselves to see this negative coverage are more susceptible to stereotyping and using this information to validate their opinion. But in reality this creates a roadblock due to failure to recognize the less extreme sides.

Many Americans view the extreme anti-Trump protests and come to the assumption that all Clinton supporters are “crybabies.” Or, they create memes with the photo of a large protests with the slogan “This is what happens when you give a child a trophy for losing.”  This contributes to the hate being spread in not only televised media but social media as well.

People’s newsfeeds on social sites such as Facebook and Twitter are congested with hateful statuses and Tweets from both sides with statements like “If you voted for or support Trump/Hillary, delete me as friend.”

Not only are friends and family being erased digitally, but some angry people are claiming not to go to holiday dinners due to the potential corruption of political arguments.

People need to resist letting the extreme opposite views and opinions of others perpetuate their actions and behaviors and learn to have a mind of their own. If there is any way to end hate, it is to show love and respect.

Every person can value someone else’s opinions, even if those opinions are vastly different. People need to look past political views and see that behind each political comment is a living, breathing human being. This is the only way to help tear down the wall of ignorance and hate  that many American citizen’s have built in their mind.