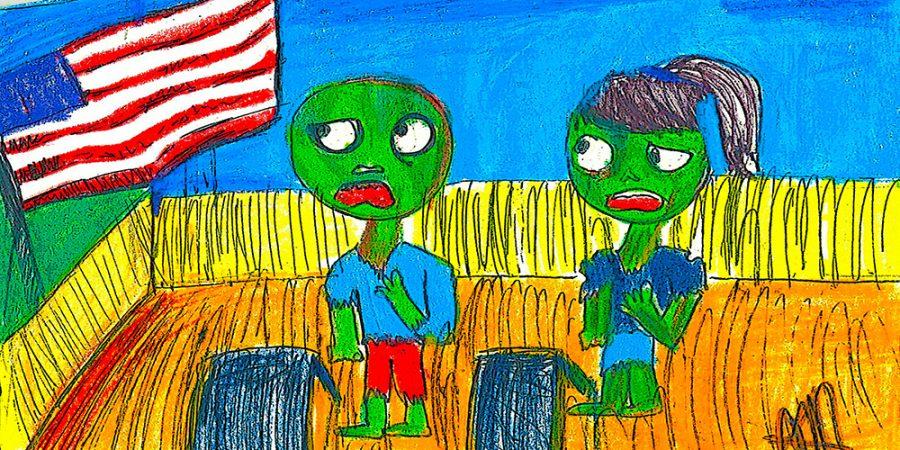 Reciting the Pledge of Allegiance every  day creates a community of desensitized zombie citizens, who do not understand the extent of their daily declarations.

Due to recent events, a group of high school government students from central Missouri petitioned a bill that led to the creation of a state law requiring time to say the Pledge in schools each day.

Those students believed that the repetition of the Pledge would spark patriotism. While these are good intentions, the creation of this law does the opposite and extinguishes passion.

In some situations, the repetition of the Pledge is absolutely appropriate and necessary, such as  in elementary schools. Elementary school is where kids are learning the Pledge for the first time, so the recitation aids in establishing memory.

However, by the time a child matures to high school, the Pledge is memorized. There is no point in reciting it every day.

That being said, Pledging once a week is more understandable. This makes the Pledge appear less like a chore and more like what it should be—a reminder of American pride.

With excessive repetition of the Pledge comes the destruction of the patriotism Americans stand for. The Pledge should be reserved for special occasions: 9/11, Veterans Day, and other events of significance.

Otherwise, when these situations arise, citizens fail to recognize the importance of the Pledge. This repetition leads to an ignorance epidemic spreading across the country, with people who do not understand the vow they make to their country.

One of the reasons the Central Missouri  students argued for the new law was so students who want to say the pledge every day could have an opportunity to do so. However, if a patriotic soul truly wants to recite the Pledge, they would not need a reminder each morning.

Another argument is people have the option to sit down or not say the Pledge. This is conflicting because students who opt out are silently judged by their peers. These students are then pressured to stand or criticized for their First Amendment right of free speech.

To create a law based on a belief that pressures others to participate is not only wrong, but should be outlawed. Americans need to open their eyes and see that radical patriotism will not fix the problems they think they see.