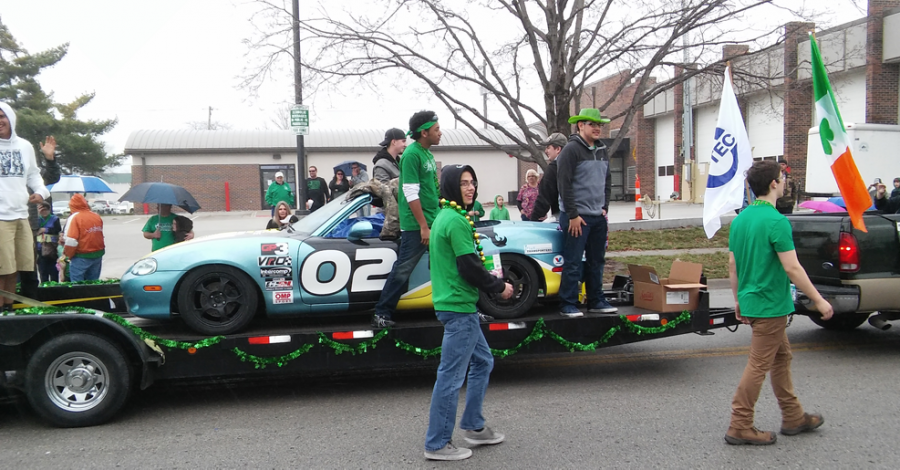 One of the floats in the Snake Saturday parade on March 12 in Downtown Kansas City.

Snake Saturday is a big Irish festival to celebrate the Irish myth of Saint Patrick banishing all the snakes, which stand for the “evil” out of Ireland. But other than feting the Irish culture, the parade also has a charitable focus.

“There are all kind of different city organizations that play, like dog rescues, it is just an opportunity for everybody to get together and kind of showing their organization to the city though a big parade”, the Orchestra teacher Henry Bullock said.

Though the last 30 years, charities have received over one million dollars of the Snake Saturday parade though fundraising efforts. The participants of the parade get a benefit of it.

“Then [at the end of the parade] they [the participants] stop at the big parade stand and the parade officials judge each float and then they give awards to the different groups”, Bullock said.

These floats drive though the streets of Kansas City, where people, mostly families, dress up in green clothes to see the spectacle and catch the candies some participants throw.